Respected as one of Australia’s iconic musicians and performers, Ian Moss will return to Lizottes for the first time in over 12 months for two special solo acoustic performances in July to celebrate Lizotte’s 10th Anniversary.

Showcasing songs from his new self-titled album Mossy will also perform songs from his incredible solo and Cold Chisel catalogue including Tuckers Daughter, Never Before, Telephone Booth, Such A Beautiful Thing, Bow River and many more over.

Opening will be local teenager singer\songwriter Lachlan Edwards who at the age of 15 caught the eye of ARIA Hall OF Fame winner Kasey Chambers who said “Oh to have this much talent at 15 years old.” High praise indeed. 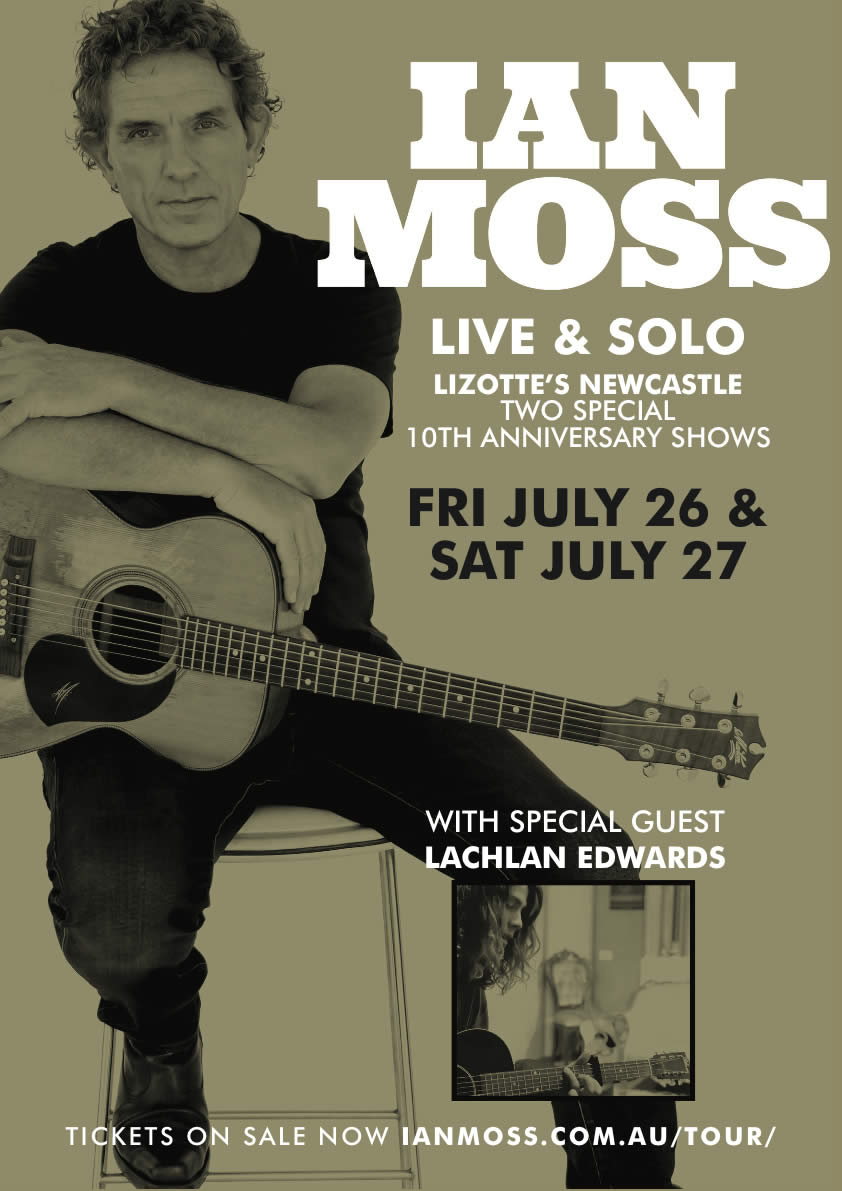