Ian Moss is one of Australia’s loveliest, most fluid guitarists with a gorgeous, soulful voice. Now his own songs are emerging.

Almost 30 years ago, he stood aside from Cold Chisel and released his first solo album, Matchbook, which featured the massive radio single Tucker’s Daughter.

Ian Moss wrote the music to Tucker’s Daughter and the hook “Build me up, tear me down”, but Cold Chisel’s piano man Don Walker wrote the song’s story to suit Moss’s guitar drive. 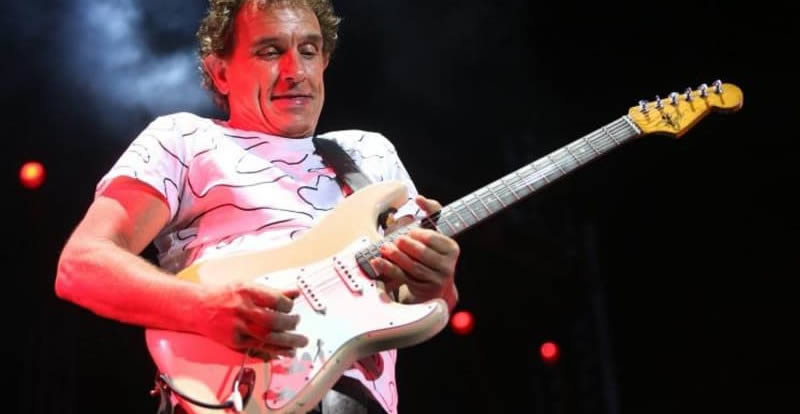 Both tracks will be more dynamic and punchier live. But it’s a fine start to an album of original rock songs and introduces a bass player, Jonathan Zion from Melbourne, who announces himself with a swaggering, thick sound.

Zion was playing with Pete Murray and Ian Moss met him while he and Murray toured Queensland’s coal towns.In the soul-blues Fistful of Money, his bass work has the Midas touch. “He plays in all sorts of bands in Melbourne and he’s also a very, very accomplished upright bass player,” Moss says. “The guy is just a phenomenal musician.”

Most attention on the album will go towards the spiritual blues song Broadway about his son Julian and the only song Ian Moss has not written on the album, My Suffering, written by Cold Chisel drummer Steve Prestwich. Prestwich died in 2011, but this song goes back to a 1990 church-organ driven demo recorded at Moss’s Sydney house.

“I remember I had a little studio under my house and he left it with me. And I added the guitars and the vocals. The rest is all machine because Steve had programmed the drums and I produced and mixed it myself.

“It was the last song for the album. I was about to sign off on the album and I was asked why wasn’t that beautiful song of Steve’s not on the album? “And I searched through my hard drive and found it. “It had such a great feel and I am just really of the version we chose. I used the original demo. And I’m just so glad here to pay homage to Steve.”

Ian Moss has another band. Here are his single-word descriptions of each of Cold Chisel’s members after almost four decades.

Article written by Tony Moore and published in The Sydney Morning Herald.