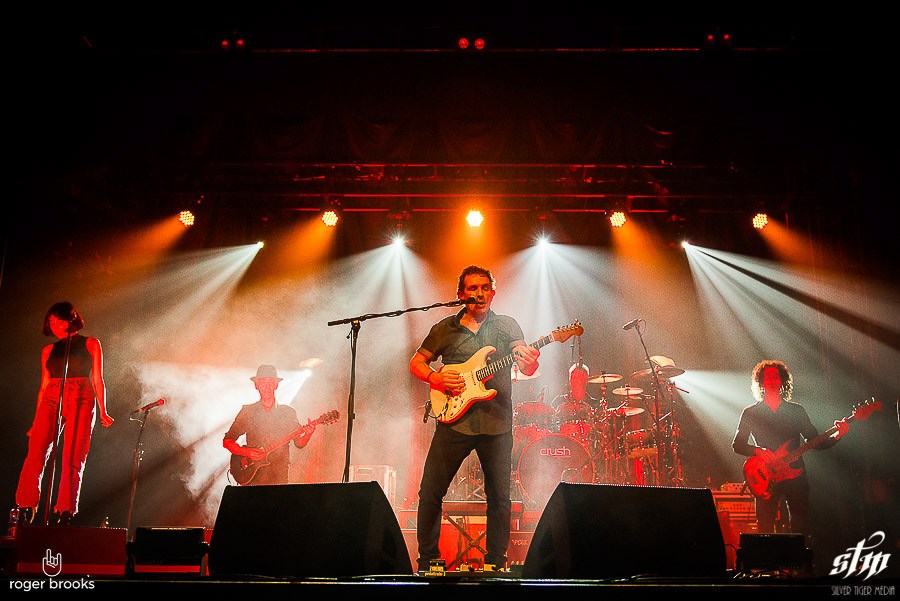 Tonight was the second last weekend scheduled for the current national theatre tour featuring his seven-piece band, and a two-set performance – further dates have already been announced where he will be joined by several iconic Australian artists for a different type of show, plus special acoustic shows of his own as well.

The crowd was treated to an opening containing two of Ian’s new songs from the self-titled album of 2018, and straight away you are reminded that he has lost none of his magical and gifted songwriting and guitar skills – the songs really do still flow like the memorable albums from the past, from his huge repertoire.

Shortly after Ian sat down to introduce another of the songs from the new album, My Suffering, with an emotional reference to the late Steve Prestwich, who of course was the Cold Chisel drummer – Steve had apparently written the song and recorded a demo many years back, including drum programming and had left the demo with Ian, subsequently Ian produced the balance and thankfully we now have it to listen to – what ensued onstage tonight was a haunting and heartfelt rendition which moved the crowd, and with good reason.

It ultimately wasn’t too long before Ian introduced one of the faithful Chisel classic, My Baby, and you know that this one makes everyone in the crowd believe that they’re in a huge karaoke bar – but that’s with every Chisel classic, right?

Next we heard Ian tell a brief story to introduce the next song, another Chisel classic being Janelle from the Twentieth Century album, with this one being written by the magical Don Walker about him being away from his daughter for the first 2-3 years of her life because she was living in another country – a nice touch and another insight into the mind of a prolific songwriter, this one rocked and moved people too!

The first set tonight ended with a stunning and powerful version of the memorable song Mr.Rain from the hugely successful 1989 album Matchbook. The smooth and jazzy guitar riffs in this one and the beautiful harmonies combined with a deconstruction late in the song by the drummer and bass player to really give this great depth and punch, a perfect way to draw close to the set and leave the patrons eager for more! 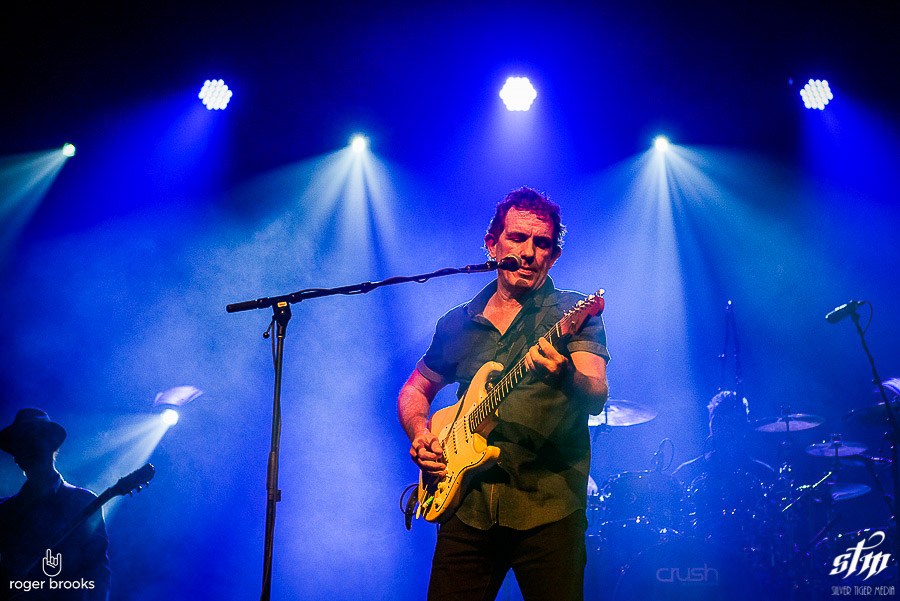 A twenty-minute interval and Ian and band re-enter the stage, Ian with what looked to be both a glass of red wine and a cup of tea.

The second set kicked off with a version of Georgia with Ian sitting comfortably in front of the crowd – this one began as it usually does in a laid back and laconic way, however ultimately it reached a crescendo amidst killer and raunchy guitar lead breaks from Ian in front of a changing backdrop adorned by his name in huge letters and glowing lights – the crowd was in for further magic now!

Time for another Chisel classic? Yeah, why not!

A slow version of Choir Girl from the killer album East which included the first crowd participation of the evening, to which Ian initially suggested (amusingly) that the crowd sounded sedate, the crowd responded accordingly – magic!

Boom, another Chisel classic, and this time it was one of Ian’s favourites, One Long Day from the debut self-titled album of 1978. You could easily see that Ian had an affection for this one, the way he motioned about whilst working through the verses, and ultimately moving toward front of stage to rip through a long and smashing lead break – this man has the Midas touch when it comes to rock ‘n’ roll guitar sounds and movement!

There are many strings to Ian Moss’s bow, and his musical ability lends itself to various genres, which is why the version of The Isley Brothers song Work To Do was fantastic! For this one Ian formally introduced both of his backing singers and they took place at the front of the stage, one on each side as they led the band into this classic tune – a real treat to hear a song like this played in a manner that allowed some classic rock sounds to be incorporated, as well as maintaining the soulful groove throughout, this was the moment when some of the crowd stood and began to dance – this place was now well and truly pumping!

You know that feeling at a show when the room suddenly feels like it has burst its seams, and it has somehow reached a higher level – well that is where we now were!

Time for another song from the new album, If Another Day. This one begins with a beautiful short lead lick before Ian’s soulful voice kicks in – shortly followed by the first chorus which is very up-tempo – this new album is so damn good!

The show was kickin’ along beautifully, Ian’s soulful voice, killer guitar tone, fantastic band and a crowd who were now thirsty for one song after another – and they were gettin’ it!

One of Ian’s favourites as far as his written Chisel classics is Never Before, and that was next. What a killer version this was, the smooth reggae like riff and the way that he moves around the stage, twisting the guitar and his facial expressions as he reaches his notes, interacting with the other band members and really reaching out to the crowd with the guitar, it is simply a force of nature and the room is one, especially when the Chisel classics come out to play!

Back to the classic Matchbox album now and it is back to back hits with Telephone Booth and Tucker’s Daughter, two timeless songs that are always magically supported and sung along with by the crowd at each of these shows, testimony to how long Ian Moss has been delivering the goods for the Australian music scene – back to back sing-a-longs to end the second set, and seemingly the show itself.

Ian Moss is too well respected and loved for there to be no encore, and so it was and it included the second single from the new album, A Girl Like You which is something of beauty, and the finale was one of the greatest songs written in Australian music history in my humble opinion, the enigmatic Bow River from Cold Chisel’s Circus Animals album back in 1982.

What a perfect way to end a memorable and jaw-dropping show, with many people now standing to dance anywhere they saw fit, the security seemingly powerless to stop them and why would you, it was the last song and frankly, the emotion, love, and respect within the room almost demanded it.

Ian Moss is an Australian music icon. He is well known for his work in Cold Chisel, however, his solo material and collaborative works with other music industry heavyweights is synonymous and very well respected, and long may he continue to thrill us all with his achievements.

However, apart from the musical stuff, Ian Moss seems to be a bloody decent human being, a relatively quietly spoken and humble man.

Also, check out Ian’s website to see the tour dates for the rest of 2018!