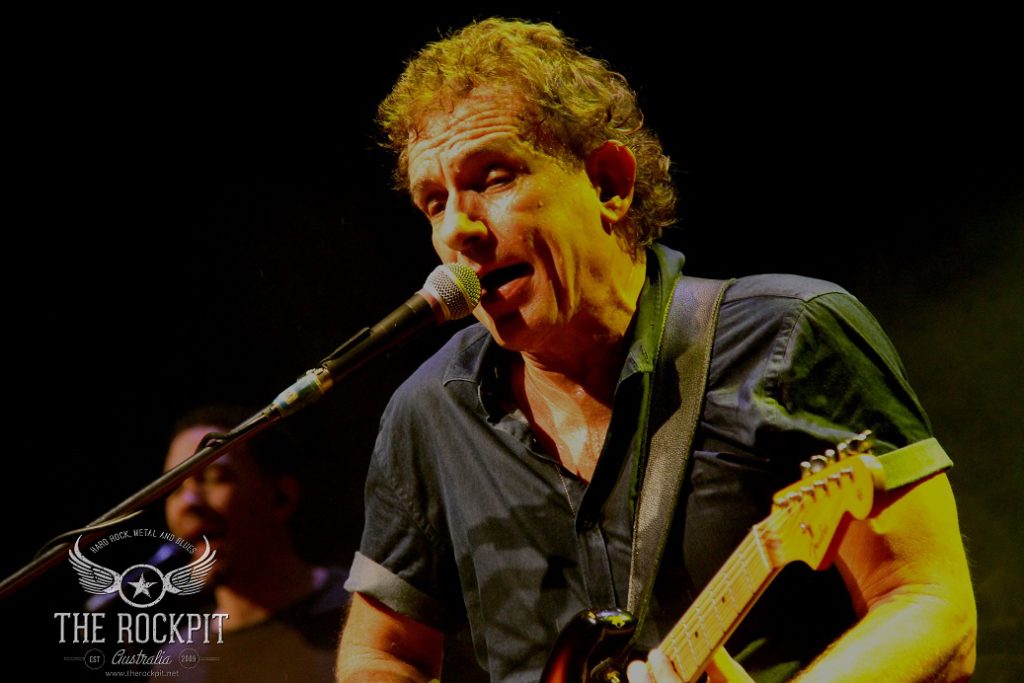 With a rather fine self-titled solo album to launch (his 7th in all) Ian Moss packed out Perth’s Astor theatre tonight despite the weather deciding to make things difficult, dumping rain and howling winds on and round what is perhaps one of Perth’s best sounding venues.

If you’re not Australian it’s hard to convey the cultural significance of ‘Cold Chisel’ the band Ian Moss formed back in the seventies before their initial 11 year run ended in 1983. But his solo career took off officially when he released his debut solo album Matchbook in 1989.

30 years as a solo artist gives Moss a lot to draw on, and when you add his Chisel standards into the mix there’s enough material for a couple of evenings. It’s interesting to hear him therefore open up with two tracks from his latest album ‘Cold in the Night’ and ‘Down Along the Track’. Maybe the reason for putting them front and centre is the fact that ‘Ian Moss’ the album is so significant – his first solo release in 9 years and the first of all original material in over two decades. 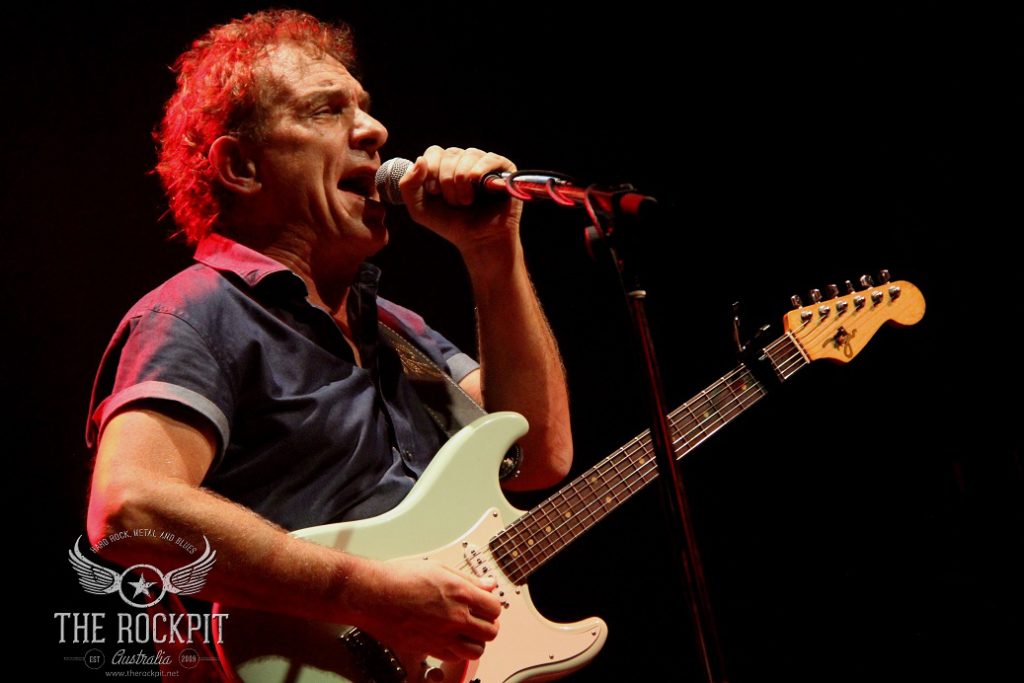 Whatever the reasons both songs sound right at home here in a set that looks back to the start of a great career with Chisel – giving us the expected renditions of the standards he added his voice to along with some rarer material – even a rendition of ‘One Long Day’ from Chisel’s Peter Walker-produced debut, indeed it’s great to see Walker in the band on stage in his hometown.

We do of course get ‘Tucker’s Daughter’ the first single Moss ever released as well as more from ‘Matchbook’ but the first set of two tonight fixes it’s gaze firmly on the new material – not only the openers but also the Blues-infused ‘I’m Not Your Only Man’ and the Steve Prestwich-penned ‘My Suffering’ which really receives some warm applause from the crowd as it is introduced.

The curtain comes down for the first time after just nine songs but fades out strongly with two Chisel staples in ‘My Baby’ and ‘Janelle’ (which Moss regales us of the tale of it’s genesis by Doc Walker who wrote it for his eldest daughter who he never met till she was three). The final word though goes to the funky and elongated ‘Mr Rain’ which does see rather apt tonight. 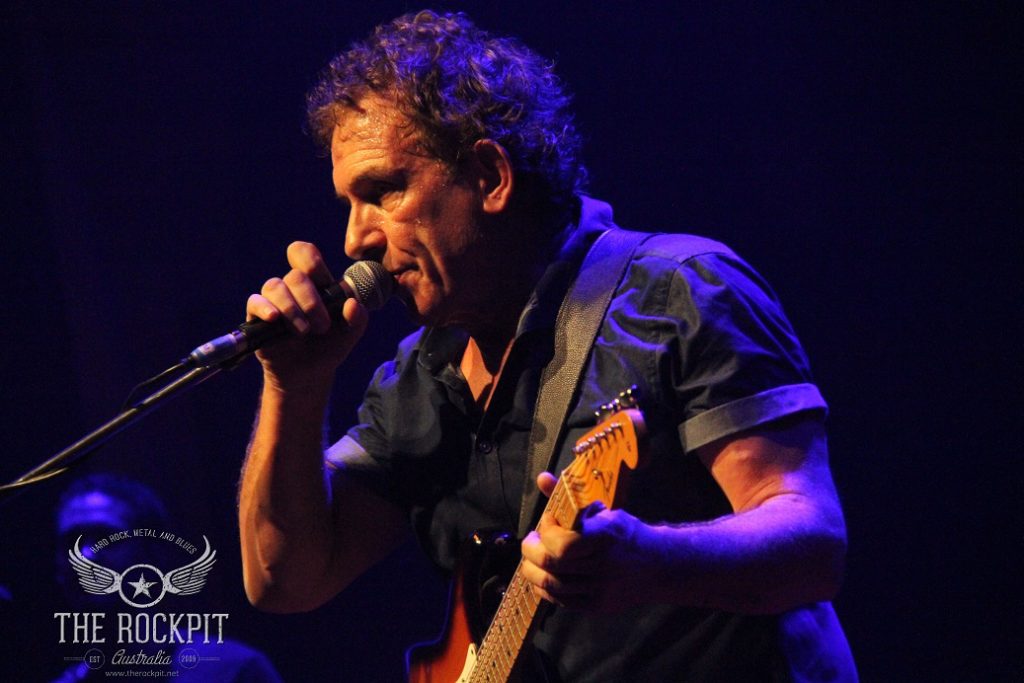 Set two isn’t too far away and Moss returns to the stage to take a seat and have a cup of tea in front of the just unfurled Ian Moss backdrop. Set two opens with the Chisel live staple of ‘Georgia’ as offers a more eclectic mix of songs from the funk of The Isley Brother’s ‘Work To Do’ to the new tunes ‘If Another Day’ and ‘A Girl Like You’ through more Chisel courtesy of ‘Never Before’ before closing with that first solo single ‘Tucker’s Daughter’.

By the time we get to the encores it’s clear that no one wants to leave. Of course everyone came hear to hear Ian Moss the ‘guitarist from Cold Chisel’ but you know what? After thirty years as a solo artist Mr. Moss has undoubtedly put together his best album to date and that is the real triumph of tonight – looking forward and not back. If you get a chance this is the tour you need to see as it demonstrates like no other the enduring creative force that lies behind Rock and Roll.

Article published by The Rockpit. The Rockpit is an online media site that provides news, reviews and interviews of rock and metal bands from around the world.